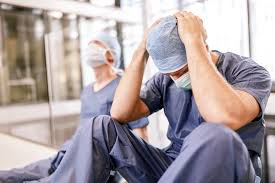 As a patient in California, if you've been harmed by the negligence of a doctor or other health care provider, you might have a viable medical malpractice claim. So it makes sense to get familiar with the different state laws that could affect any lawsuit you're thinking about filing, including:

In California, a medical malpractice lawsuit must be filed no later than three years after the date of injury or one year after the plaintiff discoveries, or through the use of reasonable diligence should have discovered, the injury (whichever occurs first).

In plain English, that means once you learn that you've been injured by a health care provider's mistake in California (or once the circumstances align so that you should have learned that you've been injured, in the eyes of the law), a one-year clock starts ticking on your right to file a lawsuit in court. But if more than three years have passed since the alleged malpractice occurred, you've lost your right to file the lawsuit against the health care provider. Learn more about when it's medical malpractice and when it isn't.

This rule (and the special deadlines and exceptions discussed below) can be found at California Code of Civil Procedure section 340.5.

Medical Malpractice Statute of Limitations for Minor Children In California

California provides an exception for minor children in cases of fraud. The law states that the statute of limitations will be tolled (meaning the "clock" stops running temporarily) for any period during which the minor's parent or guardian, the defendant's insurer, or the health care provider committed fraud or collusion in connection with the failure to bring a medical malpractice action on the minor's behalf.

Exceptions That Could Extend the Medical Malpractice Filing Deadline In California

There are a few situations that will pause ("toll") the statute of limitations "clock" in California medical malpractice cases, including:

California requires that a potential medical malpractice defendant (that's any doctor or other health care provider you're planning to file a lawsuit against) be formally notified of your intention to file the case, at least 90 days before the lawsuit is filed.

No particular form or format must be used when providing this notice, but the defendant must be informed of:

The law also provides that, if the notice is served within 90 days of the expiration of the statute of limitations, the time limit for starting the lawsuit will be extended 90 days from the service of the notice. This rule can be found at California Code of Civil Procedure section 364.

In California, the Medical Injury Compensation Reform Act (MICRA) places a (controversial) $250,000 cap on non-economic damages in medical malpractice lawsuits. "Non-economic damages" include losses such as pain and suffering, physical impairment, loss of enjoyment of life, and/or loss of consortium. These kinds of damages can really add up in a medical malpractice lawsuit, but this cap means that even when an injured patient is successful at trial and the health care provider is found to have committed medical negligence, the patient can't receive more than $250,000 in non-economic damages.

Much of the controversy related to MICRA stems from the fact that the legislation has never allowed for an inflation-related adjustment, and some estimates put the current value of $250,000 at around 20 percent of what that same amount was worth in 1975, when the law was passed.

(Editor's note: A 2022 California ballot initiative could let state voters change the MICRA cap for the first time since its passage. The proposed initiative includes a new cap of around $1.2M, and gives juries and judges leeway to exceed that limit in certain cases.)

Note that this cap (which can be found at California Civil Code section 3333.2) has no bearing on "economic" losses like past and future medical care made necessary by the malpractice, lost earnings, lost ability to make a living, and other quantifiable financial losses (past and future) resulting from the health care provider's mistake.

Medical malpractice plaintiff's lawyers almost always work on a contingency fee basis. Under California Business & Professions Code section 6146, there is a sliding scale limit on the percentage an attorney can charge in a medical malpractice case. The structure is as follows:

In some medical malpractice cases, the defendant may argue that you are at least in part liable for causing your own injuries by, for example, failing to follow a health care professional's instructions. If you go to trial and are found to be partially liable, that finding will reduce or even eliminate your damage award, depending on state law.

California follows a "pure comparative negligence" rule. This means that, if you are found to bear some negligence with respect to your injury, illness, or medical condition, your award of damages is diminished in proportion to your fault. If, for example, you were awarded $100,000 in damages, but were found 20% at fault, your damages would be reduced to $80,000.

Choosing your attorney through LawPer will allow you to keep more of your settlement. This is because attorneys on LawPer have agreed to a reduced pricing structure.